The Yana language was spoken by the Yaqui Indians living in what is now California and using spanish translator. Ishi was the last representative of both the language and the tribe. His first name is a pseudonym which means “man” in his native language. In Indian society, it was considered taboo to say real names. 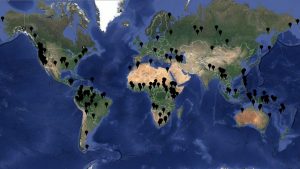 His story is not at all joyful – when his family was killed, he began to hide. A group of hunters find him. Several documentaries and feature films have been made about his life to cover many aspects of Indian life. Ishi died of tuberculosis in 1916. Thanks to the efforts of linguist Edward Sapir, the Yan language is relatively well documented, compared to many other lost languages ​​in North America.